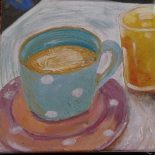 A songthaew carries eight people comfortably in the back – as comfortable as you can be, on padded bench seats in a covered 4WD utility vehicle.

Our first stop on this day tour out of the small tourist town of Pai (northern Thailand) was a lookout point at the top of a mountain range. From this ridge, we could admire an impressive view in both directions.  There was also a most unusual structure: an odd type of ferris wheel with four evenly balanced swings, best explained by the picture below. By all accounts, difficult to get on and quite freaky to be on, but our drivers helped to control the balance and ensure it didn’t turn too fast. I did not have a go on this, by the way. 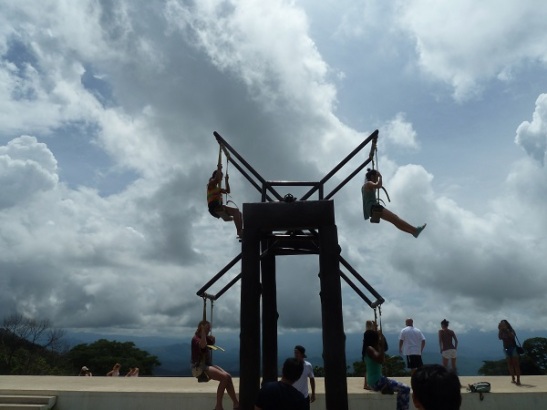 Soon our driver entered a really lush green area, greenness everywhere, the road winding through small villages with guest houses starting to proclaim ‘Lod Caves Retreat’ and the like. We were nearing our major destination.

Lod Cave is a huge cave system with a stream running through the darkness. The groups of arriving tourists were put into small groups of four, each led by a Thai woman carrying a kerosene lantern. I wasn’t sure what to expect – I can’t recall a youthful foray into NZ’s Waitomo Caves – and a cave visit on the tiny Greek isle of Anti-Paros led to a cavern which was deep but without much room to walk around. Lod Cave exceeded all expectations anyway. 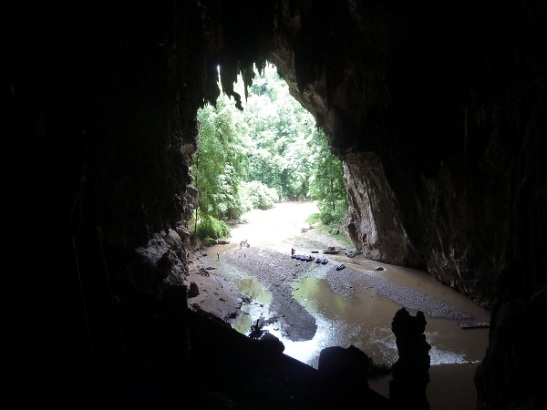 Like a series of subterranean ballrooms with passages leading in and out; like Tolkien’s Erebor minus the dwarven carvings; the ceilings were beyond sight but indicated by the presence of incredibly sculptural stalactites that plunged frozen towards their stalagmite cousins. We went in deep and were in there for 1.5 hours being lead through various levels via steep wooden staircases, and rowed on a bamboo raft across fish-infested waters, and at one stage were shown the wooden remains on an ancient coffin.  It was sensational, and airy rather than claustrophobic. It was my second-best day in Thailand, in spite of what was yet to come. 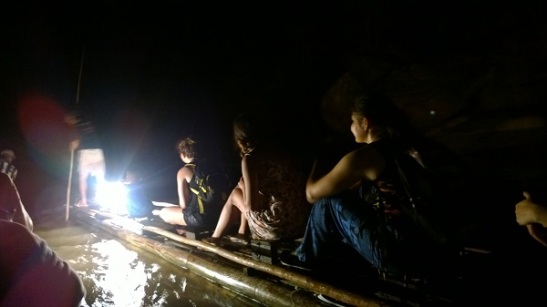 Our next stop was a hot springs. Immersed in deliciously tropical water for about an hour, our group chatted and got to know each other. But…  during the hasty dressing and departure for our next destination, not all my possessions made it back into my daypack.

At the waterfall stop a while later, I reached for my camera and found it missing. The driver phoned back to check with a tour that was behind us, and the area was explored, but it wasn’t found. I tried to quell my disappointment and to enjoy our surroundings, but I barely noticed the waterfall. It wasn’t the camera so much as the 2 weeks’ worth of photos. I felt the White Buddha of Pai, whom I’d hung out with the day beforehand, was teaching me a lesson about letting go. So I tried. 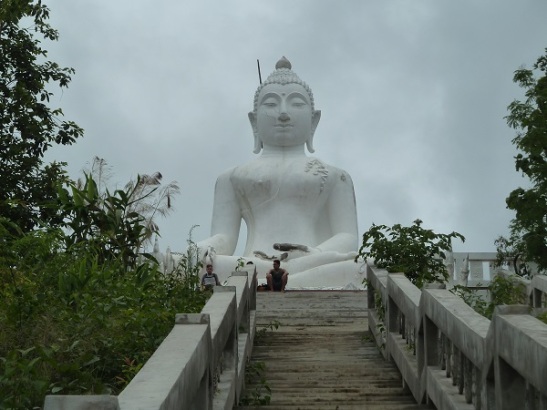 The next stop (photographed on my phone) was Pai Canyon. I didn’t feel brave enough to walk the narrow path here. The regular storm clouds were closing in. It was an amazing yet eerie place, and will forever be linked with feelings of loss. But I was trying.  Aishel, from our tour, said ‘I believe your camera will come back to you.’ 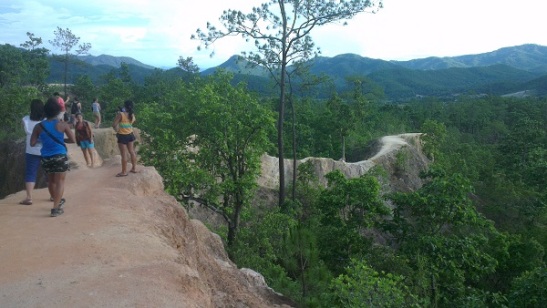 On our return to Pai, I left my lost & found details with the tour office and departed to my riverside hut where I wallowed in my feelings for a while. Then in the evening, as planned with others on our songthaew, I stationed myself outside the 7-11 in the main street, to meet for a drink.

A young woman approached. ‘Did you lose your camera today?’ she asked. I replied, thinking word must have got around the other groups that were travelling with and behind us. Then suddenly she was presenting it to me; my little red precious in its green case, loaded with all those lovely memories.

‘We found it by the hot springs’, she explained, ‘and didn’t want to leave it there. We looked through your photos, hoping to see a selfie which might identify the owner while we walk around Pai this evening.’

And I was easy to identify. Here is the purple-haired selfie that brought my camera back to me. 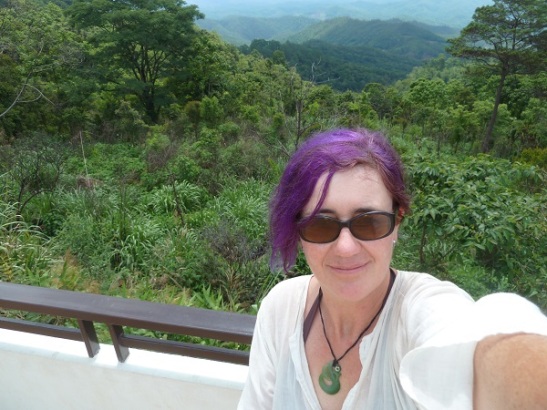 This entry was posted on October 27, 2016 by Kez in Travel anecdotes.